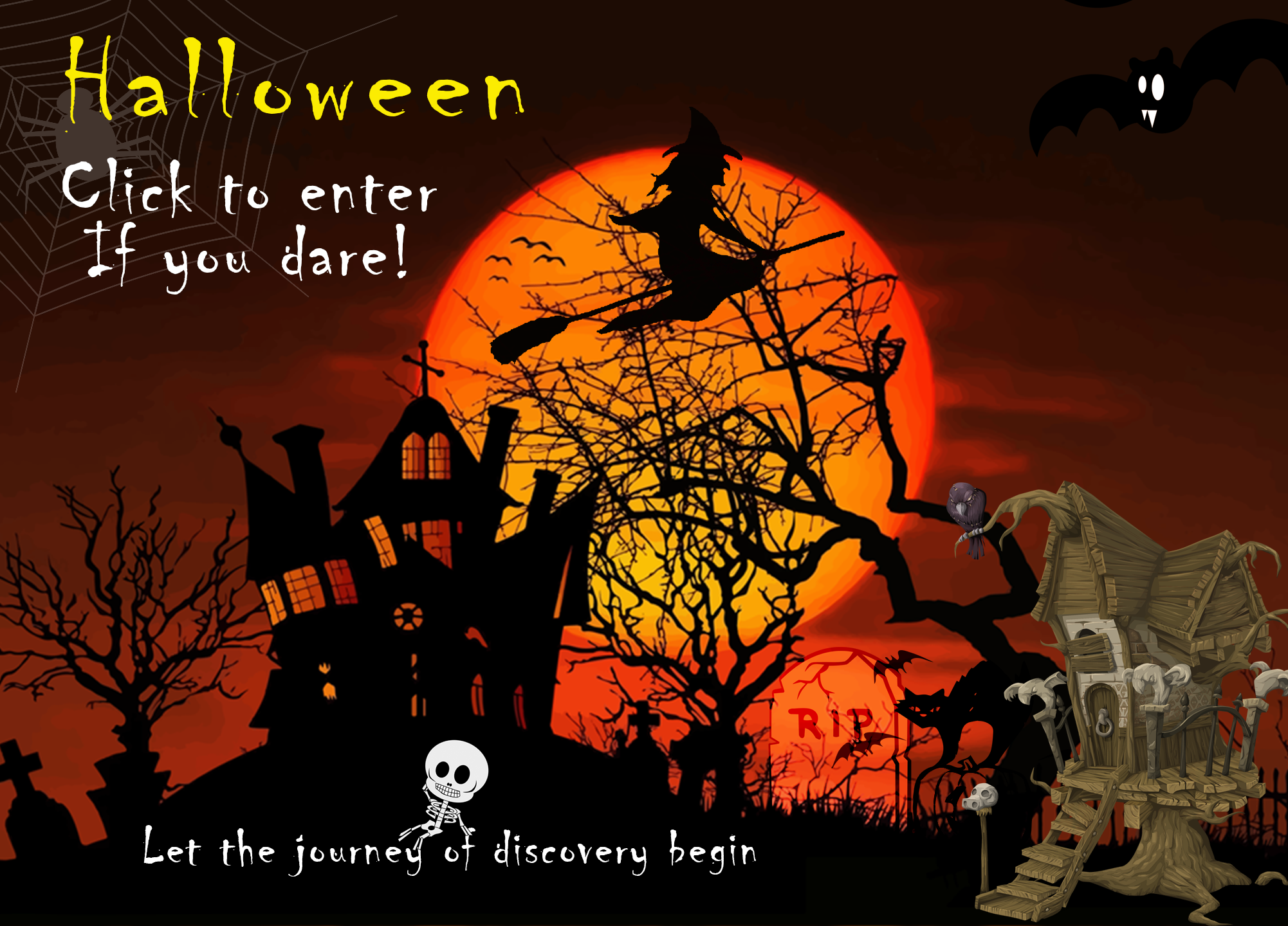 Halloween: Learn the history, scary stories, and mysteries about one of best festivals in the world. 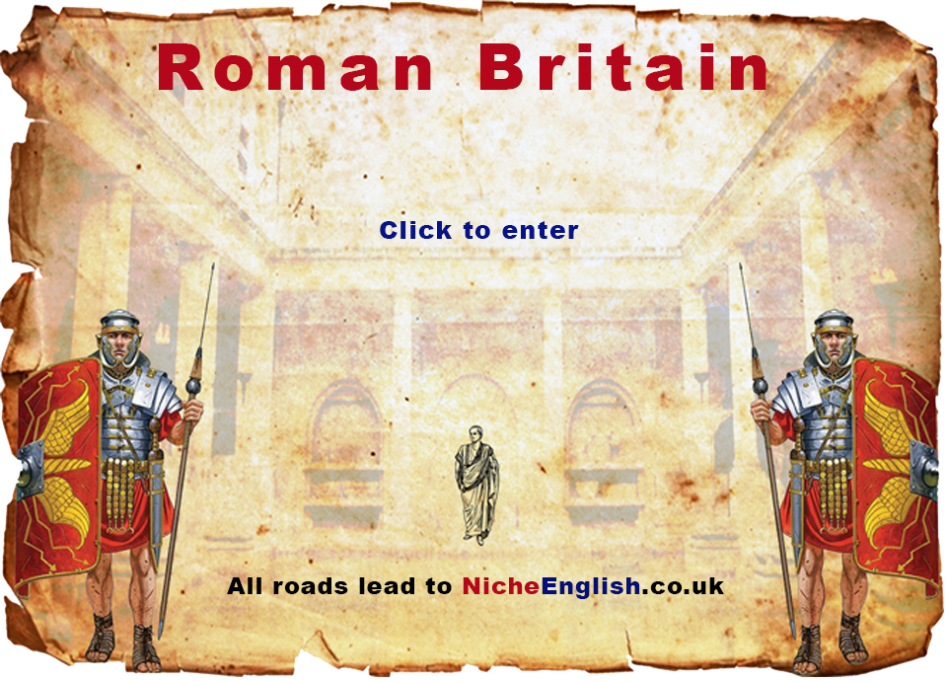 Roman Britain: Find out about how the Romans changed & influenced Britain. All roads lead to NicheEnglish.co.uk 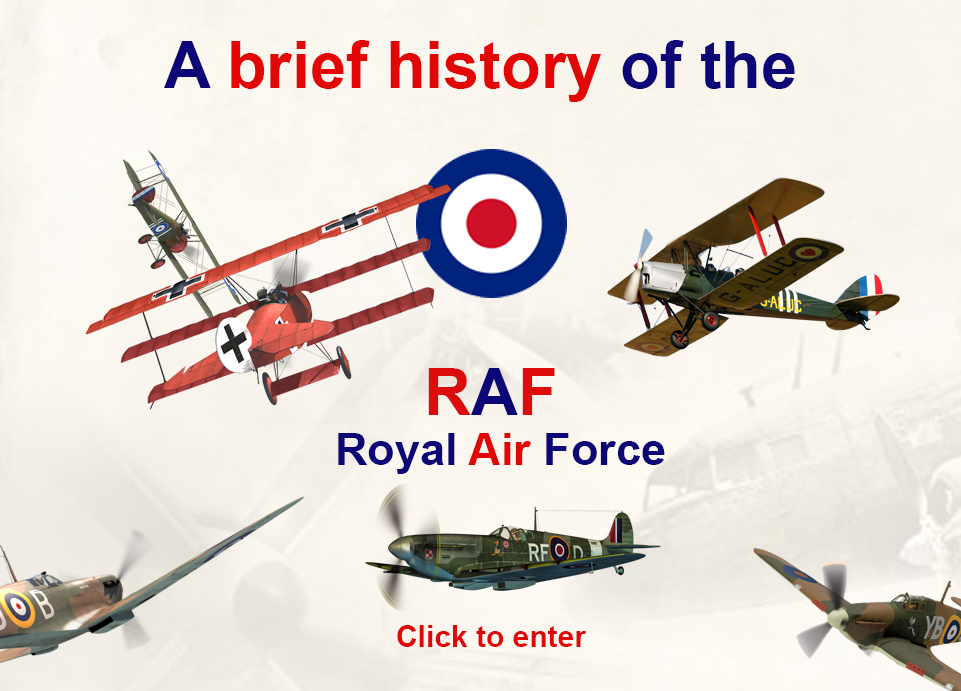 The RAF: Learn about the the RAF & some of the legends that made it what it is today. Take your English to new heights. The skies the limit.
Viewing 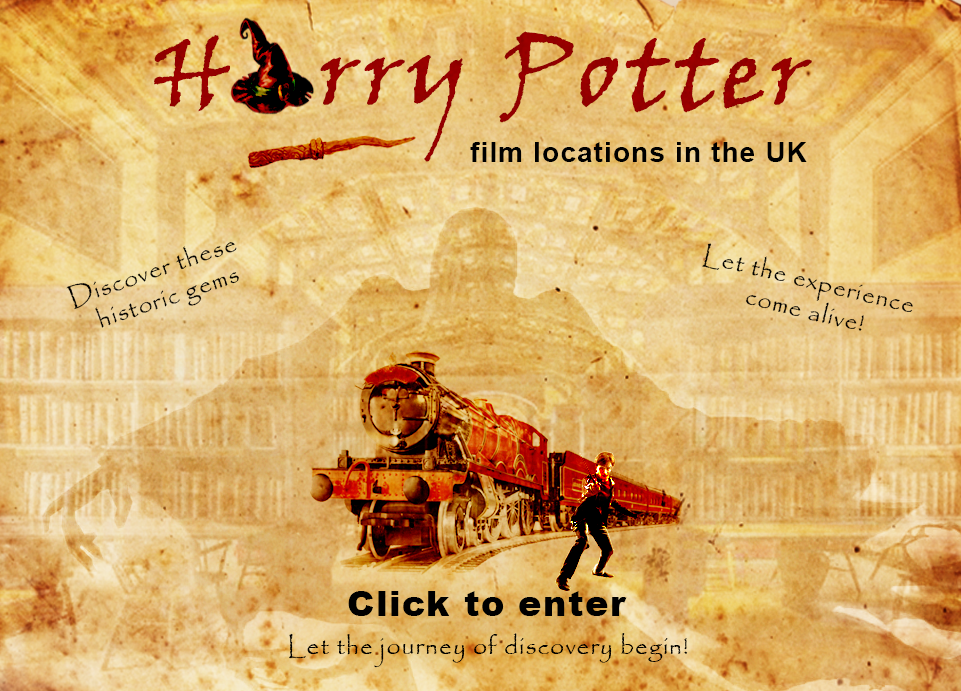 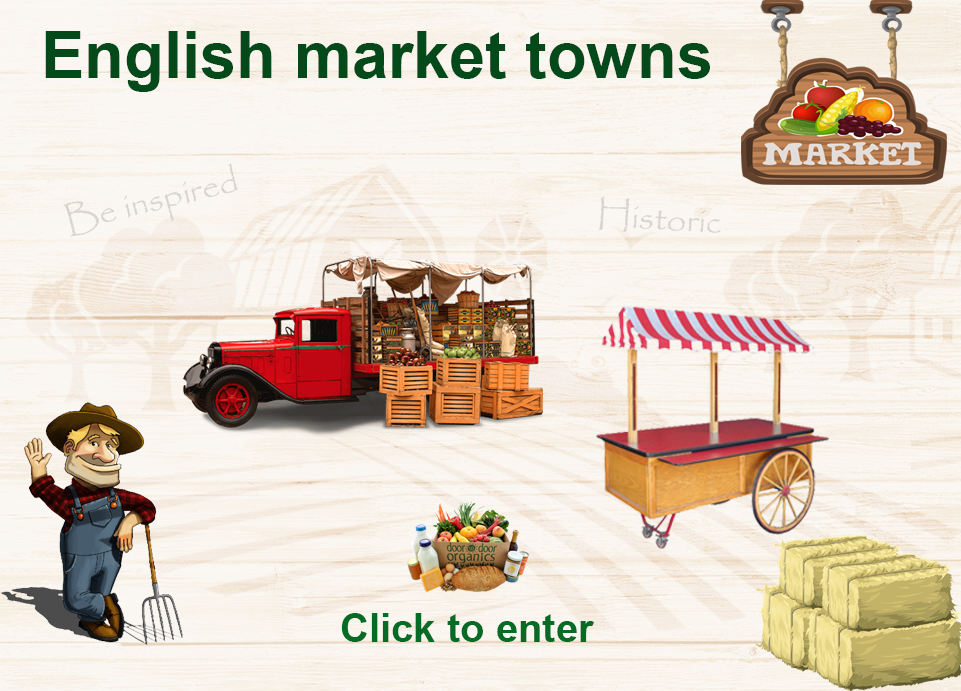 English Market Towns: Discover some of the best & most beautiful English market towns. All while learning English. 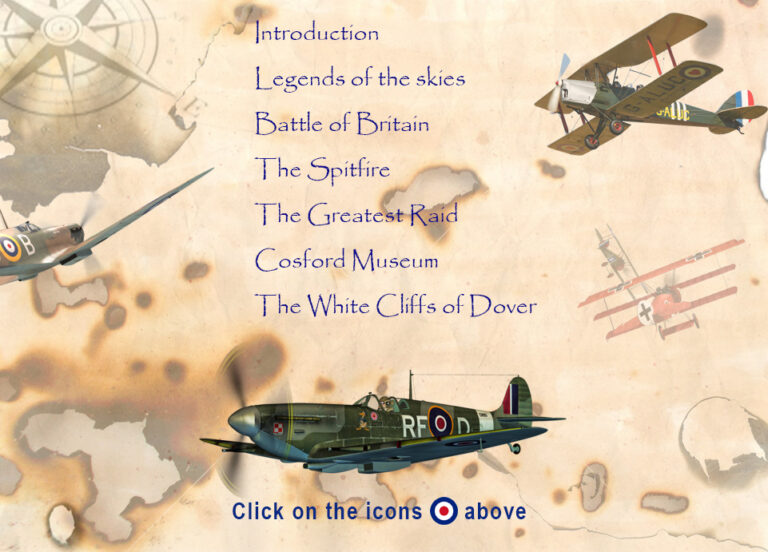 A brief introduction to the Royal Airforce RAF

The RAF, formed on April 1 1918, is the world's oldest independent air force, that is, the first air force to become independent of army or navy control. The 'new' RAF was the most powerful air force in the world with more than 290,000 personnel and nearly 23,000 aircraft. During WW1 they fought bravely protecting their ground forces from German attacks.

After the first world war, the RAF was greatly reduced in size and was used to "police" the British Empire. However, the RAF underwent rapid expansion prior to and during the Second World War. During the war its main responsibility was defending Great Britain against the German Luftwaffe.

The RAF fought in every major theatre of the Second World War. Its most famous theatre was the Battle of Britain, when between July and September 1940, the RAF defended Great Britain from a far superior German air force, stopping the Luftwaffe from controlling the skies over southern England and therefore preventing the German invasion of Britain.

Due to the RAF’s efforts during the battle of Britain, Sir Winston Churchill, the prime minister of England at the time, gave his famous speech:

"Never was so much owed by so many to so few"

Legends of the skies

During the first world war two fighter pilots fought for their country and because of their skill and bravery, will forever be remembered in the annals of history. On the British side was Lanoe George Hawker, and on the German side was Manfred Albrecht Freiherr von Richthofen, also known as the "Red Baron".

Hawker was born on the 30 December 1890 and was killed on the 23 November 1916. He was a British flying ace of the First World War. Having achieved seven victories, and famous for attacking three German planes on his own and winning. He was the third pilot to receive the Victoria Cross, the highest award for gallantry to a British servicemen.

He was also a central figure in helping Britain control the skies above the Battle of the Somme. However, he was killed in a dogfight with the famous German flying ace The Red Baron.

The baron was born on the 2 May 1892 and was killed on the 21 April 1918. He was a fighter pilot with the German Air Force during World War I, and is considered the ace of aces of the war due to achieving 80 air combat victories. At that time, when achieving 15-20 victories was considered exceptional, gaining 80 victories has assured his name will forever be remembered.

The name, the red baron, came from painting his plane red which was easily recognisable to all who feared it.

The Battle of Britain

Never has there been a time when the whole nation came together as one to defend themselves against Hitler. But, what happened during this time and how did the RAF play an important part when Britain almost fell to Nazi Germany.

When Hitler defeated France, he turned his attention to Great Britain which was protected by the waters of the English Channel. Hitler knew that Britain would never surrender, as Winston Churchill inspired the British people with his ‘we shall fight them on the beaches’ speech on the 4th June 1940.

So, with Britain deciding to keep a stiff upper lip and carry on, on July 16, 1940, Hitler ordered a plan for the invasion of Great Britain called operation Sealion. However, this would only be possible if Germany controlled the skies. Therefore, on August 2, Germany came up with “Eagle Day”, which was the plan of attack to control the skies above the English Channel.

The legend of the Spitfire

It is the aircraft that became the symbol of British tenacity in the darkest days of the Battle of Britain, when all that stood between the country and Hitler was a handful of RAF fighter pilots.

To this day, the Spitfire is remembered as the fighter plane that saved Britain, and gave us the determination to keep calm, fight on, and carry on to victory.

It was designed by Reginald Joseph Mitchell, an English engineer who died in June 1937. His groundbreaking design gave the British a clear advantage fighting the Luftwaffe in the Battle of Britain. It was an elegant, smooth, fast and agile fighting machine that could be easily upgraded with new engines and weapons at any time. The Spitfire was like a work of art and was unparalleled. Its power and speed put England at the forefront of aircraft technology and gave Britain the opportunity to defeat Hitler by controlling the skies.

During the second world war people across Britain even raised money to build Spitfires to help defend Britain. This gave the population a powerful connection with the iconic plane that is still felt today.

Since World War Two the Spitfire has become the symbol of Britain's victory and an icon of the nation. It stands for courage and the spirit of coming together and never giving up. It also showed that the few, can defeat the many.

The RAF did countless bombing raids during World War two, but there is one that will be remembered in the annuls of history – Operation 'Chastise', more commonly known as ‘The dambusters.’

On the night of 16-17 May 1943, Guy Gibson led 617 Squadron of the Royal Air Force on a daring bombing raid to destroy three dams in the heart of Germany where most of their factories were placed.

The dams were protected from all sides which made it almost impossible to attack. However, the RAF had a secret weapon to surprise the Germans: the bouncing bomb.

The RAF wanted to destroy the dams to affect Germany’s war production as the Dams water supply was a key part to keeping the factories running. But due to the defence of the Dams, the RAF didn’t have any effective weapon to destroy them. This was until British designer Barnes Wallis, made a breakthrough in his back garden.

It was in 1942 that Barnes Wallis came up with the idea of the bouncing bomb by throwing marbles across a bathtub in his garden. The RAF loved the idea and carried out tests around the country. Many tests were carried out until finally the bouncing bomb was perfected. All that was left now was to find the pilots and the planes.

In late March 1943, a new squadron was formed to carry out the raid on the dams. It was made up of pilots from Britain, Canada, Australia, New Zealand and the USA. After months of training they were finally ready to try out this groundbreaking bouncing bomb.

Download
The greatest raid
The White Cliffs of Dover

The Royal Air Force Museum Cosford offers a fun, entertaining day out for all the family. Discover the amazing stories of those who have served in the RAF and the legends that have flown iconic planes such as the spitfire. You will find countless fantastic displays of aircraft and interactive exhibits that will entice any avid history fan.

The Museum has a fabulous array of annual events, which are both educational and engaging, that offer something for people of all ages. There are countless Aircraft, artefacts in the Museum collection, and air shows. For families, there are lots of holiday activities for you to get to grips with and work together as a team.

Popular annual favourites include the RAF Cosford Air Show in June, and the Large Model Air Show in July. And let’s not forget the Cosford food festival which offers mouthwatering food for all who attend. It happens in July and has a bustling food market, live music, cookery classes, face painting, and a fly over by the legendary Spitfire.

This is a hidden gem and a must for anyone who wants a fun day out in the Beautiful English countryside.

A song to remember the war

The White Cliffs of Dover was a sight seen by many returning pilots during the war and seen as a symbol of coming home.

The song was recorded in 1942 by Vera Lynn and was written by Walter Kent and Nat Burton before the United States entered the war. The skies above Britain were full of horror during the war, and the song looked forward to a time when peace would again be seen in the skies over the Cliffs of Dover.

It’s a song still enjoyed by many today as it brings back happy memories during a time when Britain was in its darkest hour.